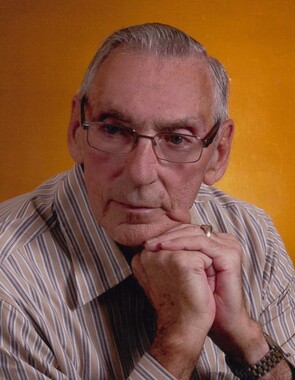 Back to Alvin's story

Alvin M. Campie, 87, of Camanche, passed away Monday, December 2 at Mercy One in Clinton. Visitation will be at the Camanche Chapel of Snell Zorning Funeral Home on Saturday, December 7th from 9-11 am, with funeral following at 11:00.

Al was born on September 2, 1932 in Clinton to Paul and Belva (Flack) Campie. He graduated from Clinton High School in 1951. He married Aileen "Tootie" Pinter on December 28, 1951. They resided in Clinton for a short period of time before moving to Camanche, where they raised their 4 children. Al and Tootie were married for 51 years, until her death in 2003. Shortly after high school, Al began working at Clinton Corn Processing Co (ADM), retiring from there after 36 years of service. He also worked part time for several years as a mechanic at his in-laws' service station in Clinton. After retirement, he and Tootie enjoyed traveling to Nashville and Branson, taking in country concerts at various state and county fairs, and visiting their grandkids. In his later years, Al prided himself on his always-immaculate lawn, enjoyed woodworking, long walks, and spending time with his special friend, Dee.

Al is survived by his four children: Steve (Sandi) Campie and Duane (Tammy) Campie of Camanche, Vicki (David) Jorgensen of Preston, and Cindy (Jeff) Kirschbaum of Ankeny; two sisters: Joyce Kelly of Clinton and Georgia Ann (Eugene) Koranda of Camanche; one brother, Richard (Donna) Campie of Camanche;12 grandchildren; 16 great grandchildren; and his special friend, Dee Moke of Camanche. He is preceded in death by his parents, his wife, and two brothers. Memorials may be made to River Church in Clinton or the American Cancer Society. Online condolences may be expressed by visiting his obituary at www.snellzornig.com.
Published on December 4, 2019
To plant a tree in memory of Alvin M. Campie, please visit Tribute Store.

Plant a tree in memory
of Alvin

A place to share condolences and memories.
The guestbook expires on March 03, 2020.

Gwenn Hickey
So Sorry for your loss. What a great guy who will be missed. I would see him go by on his morning walks and sometimes if I was out working in the yard we would discuss what should be done to my lawn. But nobody could make their lawn look as good as his.
View all