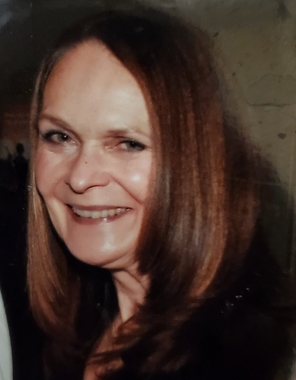 Back to Billie Sue's story

Dr. Willits was a wonderful grandmother and an active member of the community. She graduated from high school in Camanche, IA and afterwards attended Mount Saint Clair College, where she received her associates degree. After Mount Saint Clair, she attended the University of Iowa, where she received her undergraduate degree and where she also completed both her master's in English Literature and her doctorate in Labor Relations. After getting her Ph D, she worked in several cities before accepting a position as the Associate Vice President of Human Resources at Penn State University. In addition to her work at Penn State in Human Resources, Dr. Willits also taught classes at Penn State with her late husband and also on her own. Dr. Willits was an active member of AAUW, Skills and Penn State Hockey (where she helped to coach the Penn State Lady Icers to their first three national championship tournaments). She was also active on many boards such as Geisinger Medical, Hershey Medical and most recently as a chair on the State College-Centre County Mental Health Task Force.

Dr. Willits very much enjoyed her students, summer afternoons in Iowa with her husband relaxing on the Mississippi River and spending as much time as possible with her grandchildren.

Funeral services will be held on Friday, December 13th at Grace Lutheran Church located at 205 S. Garner St. State College, PA. Visitation will be from 2-3pm, memorial services from 3-4pm and a memorial celebration afterwards from 5-7pm at Gigi's located at 2080 Cato Ave. State College, PA. In lieu of flowers, we request that any memorial donations be sent to Skills of Central PA 341 Science Park Road State College PA 814-238-3245 in memory of Billie Sue Willits.
Published on December 11, 2019
To plant a tree in memory of Billie Sue Willits, please visit Tribute Store.

Plant a tree in memory
of Billie Sue

A place to share condolences and memories.
The guestbook expires on March 09, 2020.

So very sorry to learn of Billie’s passing. You are all in my thoughts and prayers. Dan

Timothy Abbott
Hearts are heavy for the Willits family. We all went to the same church, eons ago. A nicer family you could not hope to find, always kind and caring. Dr Willits , thank you for all you have done for us.
Carla Wahl Bartels
So sorry to hear of Billies passing. I spent lots of time with her at her Mom's beauty shop ( Bess Moore Taylor was my grandmother) My condolences to her family. She will be missed
View all