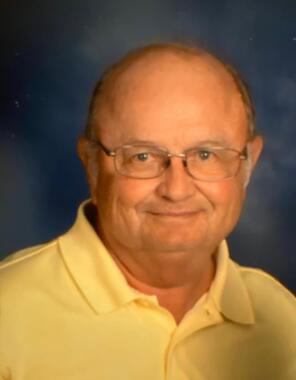 Back to Donald's story

Donald Wisor, 74, of Moline, passed away Sunday, February 9, 2020 at his residence.
Visitation is Sunday, February 16, from 1:00 - 4:00 pm at DeRoo Funeral Home, Moline. A Mass of Christian Burial will be celebrated at 10 a.m. Monday at Christ the King Church, Moline. Burial will be in Rock Island National Cemetery, where military honors will be conducted by the Vietnam Veterans, Ch. 299. Memorials may be given to The Multiple Sclerosis Foundation or The American Heart Association.
Donald was born January 25, 1946 in Clinton, IA, the son of Frances and Mary (Kane) Wisor. He married Mary Glunz on April 12, 1969 in Clinton.
He was employed for nearly 47 years at John Deere Plow and Planter Works, Moline.
Donald loved playing frisbee golf, the Hawkeyes and watching & playing various sports.
He is survived by his wife, Mary, children, John Wisor, Kirt Wisor, Lori (Brent) Bodkin and Scott (Brittney); grandchildren, Kody, Brett, Ashley, and Bradley; sisters, Margaret (Larry), Joan (Jim), and Janice (John); brothers, Jim (Jean), Paul (Roseanne), Tom (Cindy), Larry (Margaret), Jerry (Eileen) and David (Valorie); many nieces, nephews and extended family. He was preceded in death by his parents and sister, Mirion. Condolences may be left for the family at www.deroofuneralhome.com
Published on February 13, 2020
To send flowers to the family of Donald Wisor, please visit Tribute Store.

Send flowers
in memory of Donald

A place to share condolences and memories.
The guestbook expires on May 13, 2020.

Craig and Kim Bergmann
Prayers for the family.
View all