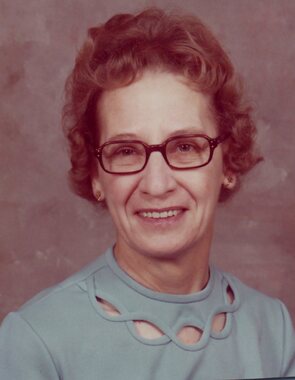 Back to Doris's story

Doris Jane (Neumann) Hege, 98, of Clinton, Iowa, died Tuesday morning, January 21, at The Alverno in Clinton, Iowa. Visitation will be on Saturday, January 25 beginning at 10:00 followed by a Funeral Service at 12:00 at Snell Zornig Funeral Home at 302 3rd., Ave. So., Clinton, Iowa. After the funeral service, lunch will be served at Lyons United Methodist Church, 2118 N. 2nd St., Clinton, Iowa. Online condolences may be expressed at snellzornig.com.
Doris was born on February 17, 1921, in Clinton, Iowa, daughter of John and Emma (Weber) Neumann. Doris lived in Clinton, on Isabella Court, her entire life. There are 10 houses on Isabella Ct. and Doris lived in 3 of them. She was born in one; moved into an apartment in another with her husband while he built their home together also on Isabella Court. Doris loved her home on Isabella Ct., and had no desire to ever leave it. Her home and her family were everything to her.
On August 6th, 1946, Doris married Marion C. Hege. Together they had three children: Sharon, Stephen and Dennis. Doris worked hard at the job she loved best: full-time mother and homemaker. Eventually, Marion started his own business and Doris went to work part-time to supplement finances while his business grew. She worked part-time at Woolworths, part-time at the Diana Shop and eventually full time in the Clinton County Treasurer's Office following the death of her husband. Doris enjoyed her jobs, especially the good friends she made during her time at each job. Once Doris retired from the County Treasurer's Office, she worked part-time for her sister and brother-in-law (Joyce and Ed Luckritz) who owned Mr. Ed's restaurant.
Doris was an active member in her church throughout her life: The Evangelical United Brethren Church which later merged to become part of the United Methodist Church. She was an active participant in Sunday School, Bible School, and Women's Missionary Society.
Those left to honor Doris' memory include her daughter Sharon Hege; her grandchildren Regan (Dave) Michaelsen, Dawn Cramm, Michael Hege, Erica Meunier, Allison Meurs, Nathan Hege, Andrew (Hillary) Hege; her great grandchildren Kyle and Cody Michaelsen; Christopher and Brittney Meunier and Ivy and Olivia Hege; and her nieces, nephews, great-nieces, great-nephews, and great-great nieces and nephews.
Those who preceded Doris in death were her parents; her husband, Marion C. Hege; their sons Stephen and Dennis Hege; her siblings Joyce (Edwin) Luckritz; Ruth Neumann; Jack Neumann; Warren Neumann; Marie (Rev. Homer) Matteson.
In lieu of flowers, memorial may be made to Trinity Lyons United Methodist Church.
Published on January 22, 2020
To plant a tree in memory of Doris J. Hege, please visit Tribute Store.

Plant a tree in memory
of Doris

A place to share condolences and memories.
The guestbook expires on April 21, 2020.

Deb Vilmont RN
Prayers are with all of you. What an honor it was for me to befriend Doris The most pure and loving lady I could ever know
Marilyn Hamilton
Dear Sharon,
I am with you in spirit in the loss of your Mother.
Her life history is very full and interesting, making me wonder if I would have had contact with her during her active life in Clinton.
Knowing your Mother would be very proud of you, I pray
you will be comforted by the blessings of wonderful
memories. My thoughts and heart will be with you!
Blessings for each day,
Marilyn Hamilton
View all