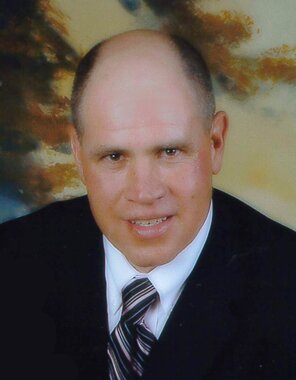 Back to Gregory's story

A memorial service will be held at 6:00 PM Tuesday, February 18, 2020 at the Fulton Chapel of the Bosma-Renkes Funeral Home, with Pastor Wayne Wiersema of Gateway Faith Fellowship officiating. There will be a visitation preceding the memorial service, from 4:00 to 6:00 PM. Cremation rites were accorded. A memorial has been established.

Greg was born on April 10, 1959, in Morrison, IL to David L. and Leah J. "Boots" (Brown) Hayen. He was educated in the Fulton Grade Schools and was a 1977 graduate of Fulton High School. Greg was a member of the 1976 State Champion Football Team at Fulton High School. He was retired from 3M in Cordova, IL. He attended Gateway Faith Fellowship in Fulton. Greg enjoyed the outdoors, especially hunting and fishing. He enjoyed riding his motorcycle and was an avid Chicago Cubs Fan.

Send flowers
in memory of Gregory

A place to share condolences and memories.
The guestbook expires on May 12, 2020.

Angie Turney
Oh Greg...you were taken too soon. Our birthday is coming up April 10th...something we shared for many years. I know you're in a better place where you don't have to struggle to breathe anymore...but I will miss you saying...How's it going Blondie? We didn't just work together...we were friends for years! You came all the way to Iowa City last year at this time...when Rich was in the Hospital. Tim wheeled you in the wheelchair to Rich's room. You both made his day seeing you, even though you were struggling with your own health...you still came! You've always been a good friend to Rich and I.We will both miss you...and know that we will all see each other again someday. Rest in peace, Baez! ...Tell Willow...we said hi! ❤🙏Read more
View all