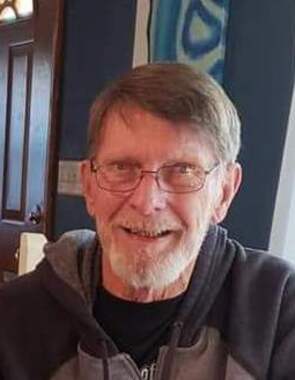 Back to Ivan's story

Ivan K. Kratochvil, age 76 of Clinton, passed away Tuesday, February 11, 2020 at his home. In following Ivan's wishes cremation rites will be accorded. No visitation or services are planned at this time. The Pape Funeral Home is assisting the family.

Ivan was born in Pierce, Nebraska on October 19, 1943, the son of Emil and Helen (Pospisil) Kratochvil. He was employed with the Chicago Northwestern Railroad as an electrician. He was a U.S. Army veteran serving in Vietnam during the Vietnam War. He enjoyed riding motorcycles in his younger days.

Ivan is survived by his son Shawn Kratochvil of Davenport; a granddaughter, Aubrey Evans of Davenport; one brother, Marlin (Loretta) Kratochvil of Norfolk, NB and 2 sisters, Delores Wagner and Marlene (Chuck) Furley of Norfolk. He was preceded in death by his parents, two brothers, Eldon and Donald, and a sister, Elaine. Online condolences may be left at www.papefh.com.
Published on February 14, 2020
To send flowers to the family of Ivan K. Kratochvil, please visit Tribute Store.

Send flowers
in memory of Ivan

A place to share condolences and memories.
The guestbook expires on May 14, 2020.

You were an awesome soul Ivan! Lots of laughs over the years..rest in peace...

Fred & Carol Furley
We're so sorry to hear of Ivan's death. His sister, Marlene, is our sister-in-law. Our prayers are with the family.
Pat Murty
RIP Ivan. May God bless your soul.
View all