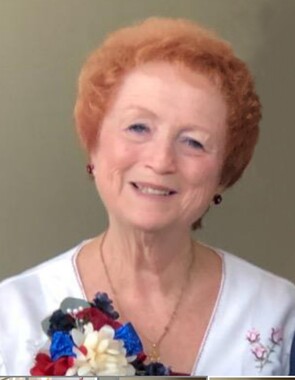 Back to Judith's story

Judith A. (Meyers) Bowling, a loving Wife, Mother, Grandmother, and Great-grandmother. She led her family by example, proving, "It is all about the love." At the age of 76, Judy passed away Wednesday, January 22, 2020 at Genesis Medical Center, Davenport, Iowa, with her family holding her hand. A Funeral Mass will be held 10:30 a.m., Monday, January 27, 2020 at St. John the Baptist Catholic Church, Savanna, Illinois. Visitation will take place from 2:00 to 6:00 p.m., Sunday, January 26, 2020 at Law-Jones Funeral Home, Savanna, with a Scripture Wake Service at 5:30 p.m. A memorial fund has been established in Judy's memory. Online condolences may be left for the family at www.lawjonesfuneralhome.com
Judy was born January 20, 1944, the daughter of Gerald and Geraldine (Sieverding) Meyers in Bellevue, Iowa. She is a 1962 graduate of the Sabula High School. When she was eighteen, Judy met her future husband, James "Jim" Bowling, and after the first date, said, "I'm gonna marry that man." On June 25, 1965, Judy and Jim were married while Jim was home on a ten-day leave from his Army service. Together they found love, and raised four children and celebrated 54 years of marriage.
Judy's family referred to her as a "Domestic Engineer" and she cherished taking care of her family. When she was done punching the clock at home, she wouldn't go anywhere unless her hair, nails and make-up were done. She was creative and made baby blankets for family and friends. Judy was known to be nurturing, compassionate, tenacious and faith-filled.
Judy worked at the Sabula Speaker Factory and Swiss Colony of Savanna. She was very active in the community, volunteering with the Sabula Fyrettes, the Sabula Women's Auxiliary, St. Peter's Catholic Women, and the Sabula EMT and Fire Department for 30 years. She was a member of the Palisades Art league and was honored to complete a painting with Dr. CJ Piper. Judy enjoyed sewing, painting, cooking, (especially donuts and deviled eggs), singing, and hosting family gatherings. She enjoyed being lucky at slots and video poker. Above all, she loved spending time with family.

Judy is preceded in death by her parents, Gerald and Geraldine; a brother, Donald (Peggy) Meyers, and a sister, Mary Lynn Meyers
Published on January 24, 2020
To plant a tree in memory of Judith A. (Meyers) Bowling, please visit Tribute Store.

Plant a tree in memory
of Judith

A place to share condolences and memories.
The guestbook expires on April 23, 2020.

Gerald Petersen
Rest in peace you deserve it
Richard and Kathy House
Jim and family We were so sorry to hear of Judy's passing. She was a wonderful person and will be greatly missed . We really enjoyed our Sunday morning visits with both of you! Our deepest sympathy to all!!
View all