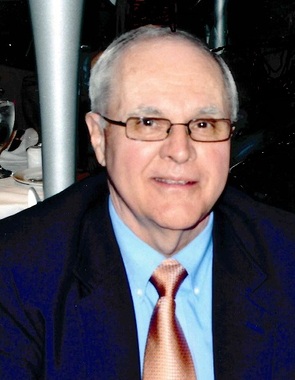 Back to Richard's story

Richard C. "Rick" Powers, 76, of Newbern, Tennessee died on Friday, January 10, 2020, at his residence in Newbern, Tennessee.
Born Friday, February 5, 1943 in East Rochester, New York. He was the son of the late Richard Ellis Powers and the late Blanche Mary Cardinal Powers. Mr. Powers was a retired Plant Manager for Doubleday, a member of Holy Angels Catholic Church and he proudly served his country in the United States Navy.
Graveside services for Mr. Powers will be at 11:00 AM on Monday, January 13, 2020 at Fairview Cemetery in Newbern, Tennessee. Officiating this service will be Mr. Joe Wallace. Visitation will be from 3:00 PM to 6:00 PM, Sunday, January 12, 2020 at Johnson-Williams Funeral Home.
He leaves to cherish his memory, his wife, Phyllis Ross Powers of Newbern, Tennessee; one son, Richard Donald "Rick" Powers of Las Vegas, Nevada; one daughter, Lana McKenna (Matt) of Westmont, Illinois; one brother, Pat Powers of Madison, Wisconsin; one sister, Ana Betenbender of Iowa City, Iowa; one sister-in-law Rita Powers of Clinton, IA, two step-children, Marty Taylor (Carla) of Newbern, Tennessee and Missy Thurmond of Dyersburg, Tennessee; two grandchildren, Colin McKenna and Liam McKenna; five step-grandchildren, Kara Taylor, Ali Taylor, Hunter Taylor, Quinton Thurmond and Taylor Thurmond.
Honoring Mr. Powers as pallbearers will be Matt Ross, Drew Ross, Kirk Moore, David Ross, Jeff Ross, and Tom Moore.
Online condolences may be made to the family at johnson-williamsfuneralhome.com.
Published on January 10, 2020
To send flowers to the family of Richard Cardinal Powers, please visit Tribute Store.

Send flowers
in memory of Richard

A place to share condolences and memories.
The guestbook expires on April 09, 2020.

Louise Welsh
I am a classmate of Rick’s and my mother was a friend of Blanche. Rick was very handsome and was very personable at frequent class reunions in Clinton. My sympathies to Phyllis, Rick and Lana.
Larry Stillings
Rick was a great friend to me in high school and helped me get through some tough times. Not sure I ever thanked him properly! Thanks Rick !
Donna (Kahler) Gard
Rick and I graduated from St. Mary’s together in 1961. I remember him as being the most handsome guy in the class and also one of the nicest.
I loved to visit with him when he returned to Clinton for our class reunions so we could catch up on each other’s news. He will be greatly missed.
View all