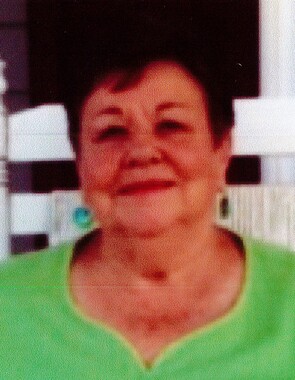 Back to Shirley's story

Shirley J. Cooper, 83, of Camanche, Iowa passed away at home, following a brief illness, on Wednesday January 22, 2020. Honoring her wishes, cremation rites have been accorded with no services taking place. Lemke Funeral Homes assisted the family with arrangements.

Shirley is survived by her husband Ed and fur-baby - "Bella"; two children - Steven E. (Julie) Cooper and Debra (Bill) Taplin both of Clinton; four grandchildren; one brother - Gary (Karen) Murphy of Camanche; one sister - Judith Murphy of Clinton; one sister in-law Betsy Zerrien of Fulton; with many nieces, nephews, cousins and friends.

She was preceded in death by her parents and her brother and sister in-law - Donald and Arleta Murphy;

Shirley will forever be in the hearts of everyone she touched.

Fond memories and condolences for Shirley's family may be shared at www.lemkefuneralhomes.com, obituary page.
Published on January 23, 2020
To plant a tree in memory of Shirley Jean Cooper, please visit Tribute Store.

Plant a tree in memory
of Shirley

A place to share condolences and memories.
The guestbook expires on April 22, 2020.

Nancy Bentley
My deepest condolences to your entire family. You are in my thoughts and prayers.
View all