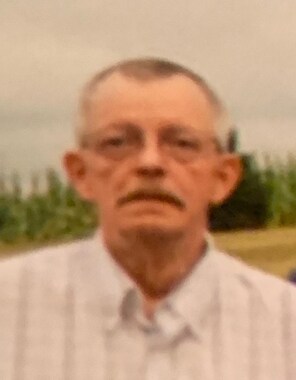 Back to Terry's story

Terry A. Holt, age 73 of Clinton, passed away Sunday, January 5, 2020 at his home. In following Terry's wishes cremation rites have been accorded. No services are scheduled at this time. Burial will be at a later date in Clinton Lawn Cemetery. The Pape Funeral Home is assisting the family.

Terry was born in Clinton on September 20, 1946, the son of Wilbur and Alyce (Chandler) Holt. He graduated from Clinton High School. Terry has been employed at Dairy Pak and had other various jobs in the Clinton area. He enjoyed ceramics, playing cards and bingo and following the Iowa Hawkeyes and Chicago Cubs and Bears.

Terry is survived by 4 sisters; Mary Fuglsang of Clinton, Kerry (Jerry) Widener of Clinton, Betty (Tom) Hartman of Thomson, IL and Kimberly Jensen of Morrison; a brother, Philip (Mary) Holt of Clinton, children, grandchildren, several nieces and nephews and his pathways family. He was preceded in death by his parents. Online condolences may be left at www.papefh.com.
Published on January 7, 2020
To send flowers to the family of Terry A. Holt, please visit Tribute Store.

Send flowers
in memory of Terry

A place to share condolences and memories.
The guestbook expires on April 06, 2020.

Theresa Dash
So sorry for your loss. You are in my prayers.
Tamara S Butz
Terry was a good friend of my mom Phyllis machande. When my biological dad passed. I had asked Terry if we could call him dad. He told me he'd be honored. I also coached him in special olympics. I will remember all the good times we had
Tammy and Jon Butz

Sorry for the loss if a loved one. We knew Terry and was a friend of ours and Tammy's mom, Phyllis Machande. He will be truly missed but never forgotten in our hearts.